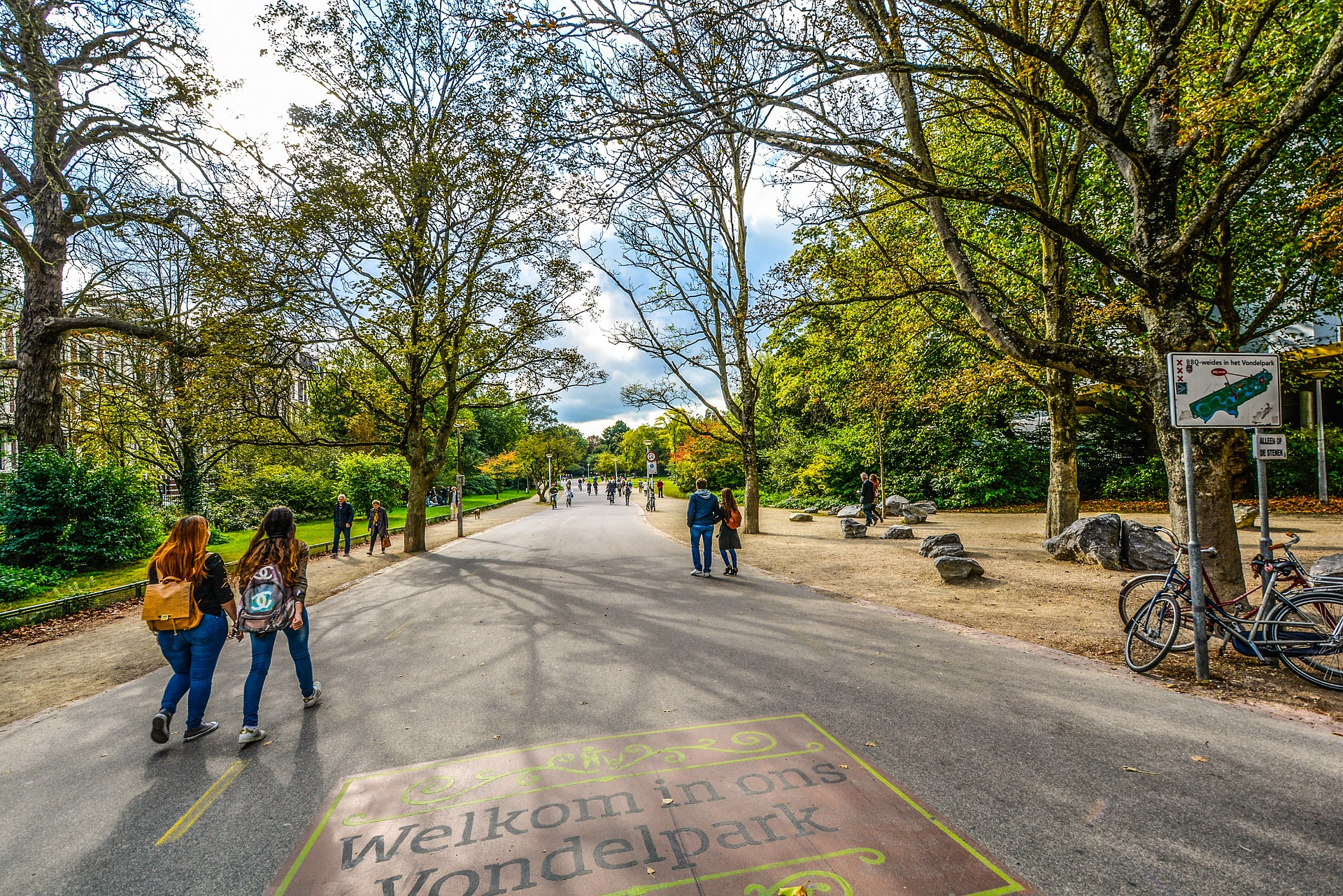 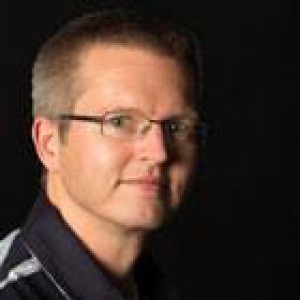 Famous city park in the Netherlands

The Vondelpark, just outside the canals in the hart of Amsterdam. dates from 1865 and covers 470,000 m2 of nature. The Vondelpark is a popular spot because of the silence, peace and nature. Young and old spend their free time there. The monument attracts as many as 10 million visitors each year. The authentic character of the Vondelpark and the charming atmosphere have been largely preserved through the centuries. 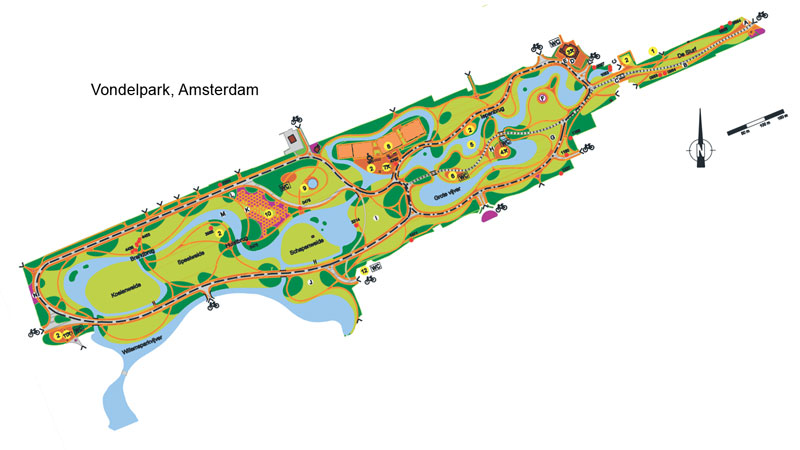 The Vondelpark means as much the people of Amsterdam as Central Park in Manhattan means to the people of New York City. It fullfills a social function in the city and attracts people of all ages and backgrounds. Local residents visit the Vondelpark on a daily bases, either alone or in company. Many citizens of Amsterdam cycle through the park every day on their way to work or they walk their dog. For tourists the Vondelpark is an attraction.

Origins of the Vondelpark

In 1865 a group of wealthy people in Amsterdam , under the quise of noblesse oblige (‘nobility required’) took the noble decision to create a park that had to be accessible for “ordinary people”. The founding fathers, led by the fabulously wealthy CP van Eghen, suggested that the landscaper J.D. Zocher had to design the park.

By carriage and on horseback 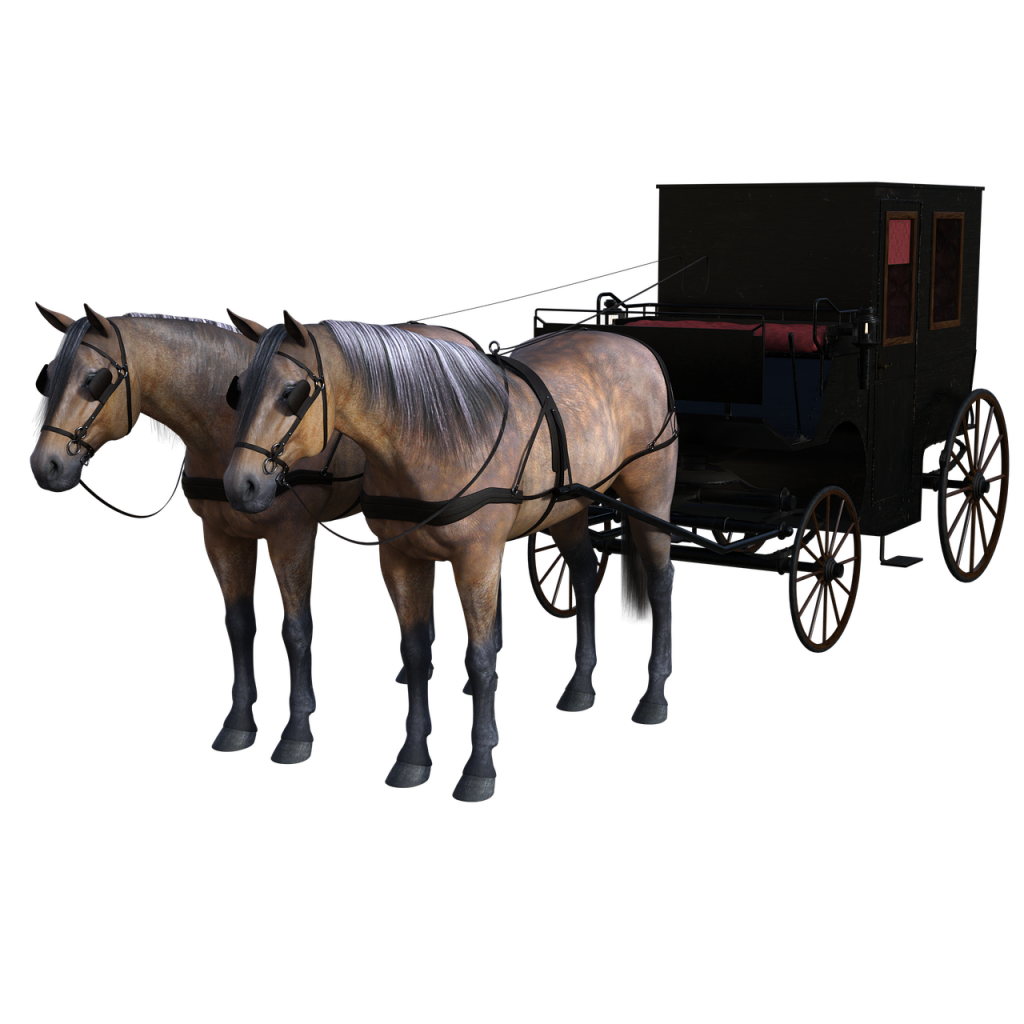 In the beginning “the people”paraded through the Vondelpark on foot and the nobility rode laps by carriage. For wealthy people the Vondelpark was an informal way to start a conversation with peers. When carriages passed eachother; the speed of the carriage and the manner in which they greeted eachother, indicated how well the passengers knew eachother. The greetings could range from a raised hat with a wide smile to a more subdued wave and a backsliding glance. Although the park was open to all, there were seperate entrances for the nobility and their ordinary neighbour.

The Vondelpark was originally constructed on a marshy meadow with peat soil. Over the past centuries, the peat soil has settled by a meter While the land around the park is incremented by just a meter for homebuilding. Seperate pumping stations prevents the Vondelpark from being flooded when heavy rain sets in. This solution now leads to new, big problems around the park: wooden foundations on which houses are built, are above the water table and are beginning to rot…

At the opening in 1865 the park got the name “New Park”. However, after the statue of our famous poet and playwright Joost van den Vondel was placed in 1867, the New Park was increasely reffered to as Vondel (s) park. In 1880 the New park officially changed its name to the Vondelpark.

The Vondelpark was in the beginning private property. Official traffic rules did not apply there. So you couldn’t get a speeding ticket, such as on public roads.

The Vondelpark is home to a diverse flora and fauna. The park has about 150 species of trees,2,000 m2 of roses. The varied landscape also attracts many animals, including dozens of bird species(such as song thrush,woodpecker, jay, necklace parakeet), hedgehog, squirrel and frog. Some years ago a pair of storks were nesting in the city park. The water contains about 12 fish species. In addition, there is a beekeeping farm in the Vondelpark

Developments in the Vondelpark

Important milestones in the history of the Vondelpark: 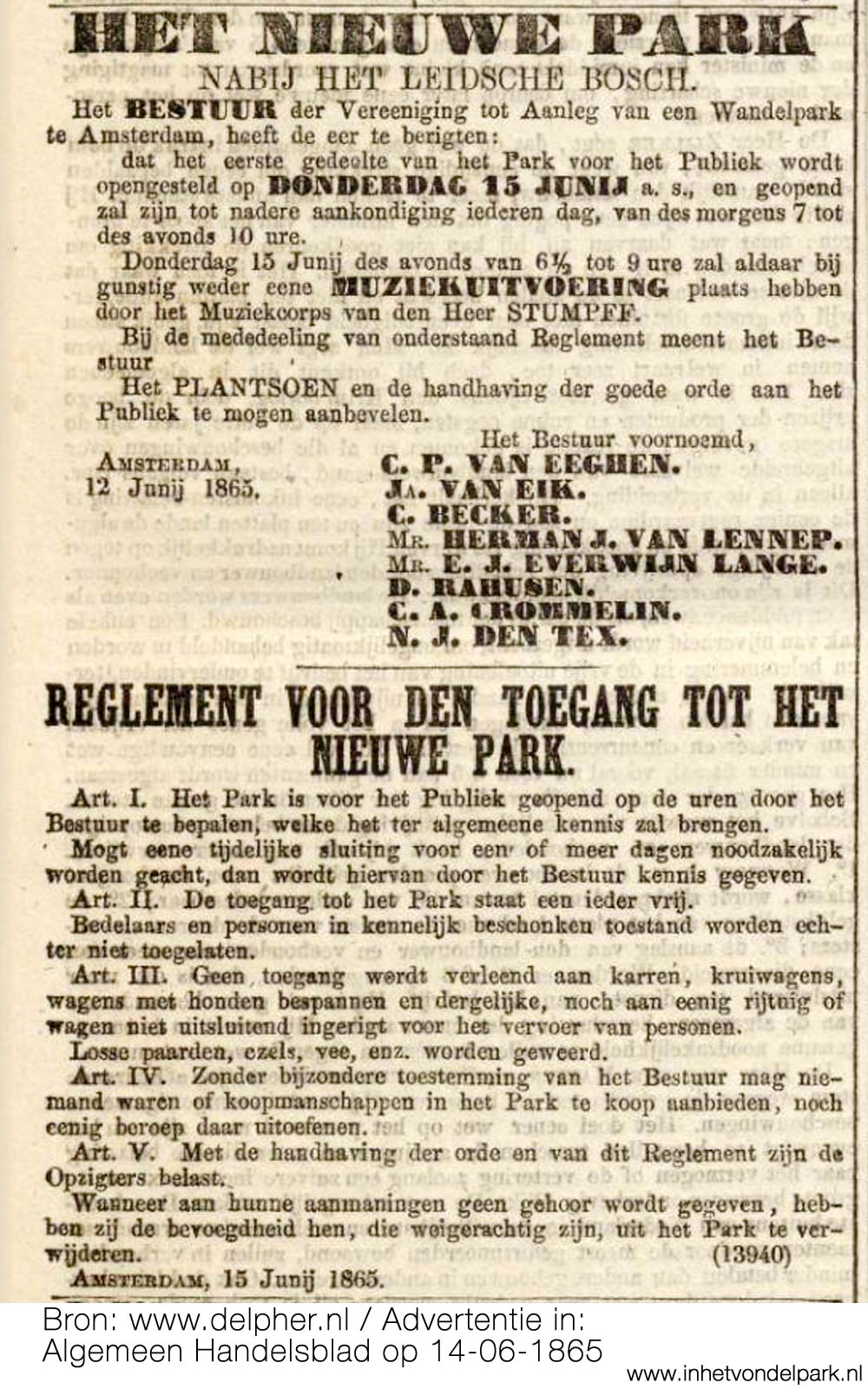 A group of founding fathers founded a 'Society for Construction of a Driving and Naturepark' . Then large parts of pasture tracs were bought for the construction of the park.

1865
First Part Open to the Public

The first part of the "New Park" was opened to the public. 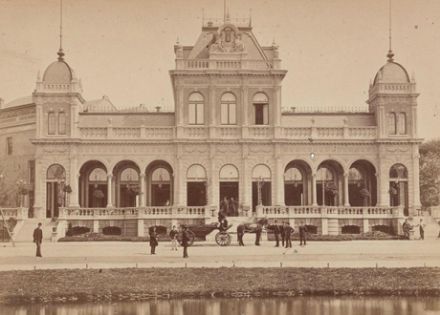 The citypark gets a simple wooden Pavilion

1867
Placing of the Satue of Joost van den Vondel

1871
The Park is expanded
The management of the park decide to expand the park.  The expansion is largely funded by selling land that is surrounding to park for the build of stately apartement buildings.
1874
A bandstand is added

Within the park opens a bandstand and a farm with cows. The cows,  called 'Lakenvelders', had a wide large white band between their front and hind legs.

Landscape architect J.D. Zocher is succeded by his son, L.P. Zocher, who designs the last part of the park.
1878
The park is Completed

The park is completed, 47 hectare big. The wooden pavilion gets replaced.
1880
Name Change

The "New park" is officially renamed as "The Vondelpark"

The entrance at the Stadshouderskade gets a large wrought iron fence, to give more allure to the park.

Bicycles are allowed in the park.

The Vondelpark gets a teahouse. 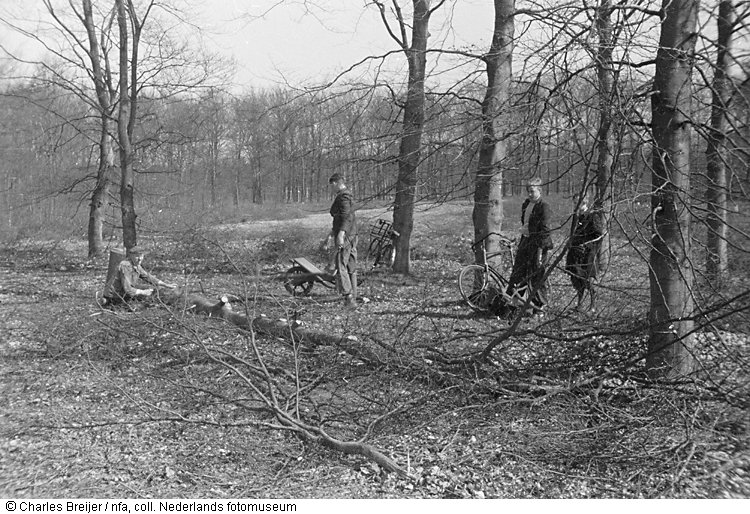 The park is completely shut to the public. During WWII due to the scarcity of fuel, the Amsterdam people rob wood from the park.

1953
Park Donated to the City of Amsterdam

For a symbolic amount the private parkmanagement donates the Vondelpark to city council of Amsterdam, as a public citypark. (Because of the increasing number of visitors the costs of private maintenance had become unaffordable.)

The city council decide to renovate the park to a more functional, maintenance friendly park. The park fewer path, less varied vegitation and bigger planting areas. The meandering brook through the park is also dempend.

A new renovation project. The Vondelpark was incremented, got new drainage and new vegitation.

New renovation project of the Vondelpark. The Vondel park is made suitable for the ever increasing number of visitors by the city of Amsterdam. The water management is thoroughly addressed. The drainage is re-constructed, ponds are dredged and equipped with new piling and the ponds are reconnected with eachother.

The Vondelpark is open year round and is freely accessible for pedestrians and cyclists (no mopeds.) Dogs are allowed to walk freely, but not may not enter playgrounds, natural pastures and the BBQ pasture.

What's going on in the Vondelpark?

You can visit the Vondelpark by yourself or with your friends and family. Most people visit the park for the peace and quiet the nature brings. But there are also street musicians Here and there you’ll see an artwork.

On a summer day the park is especially a lovely spot to spend your free time. Wether you want relax in the form of sunbathing, picnics or walk or do activities like roller blading, play soccer, frisbee or play on the playground equipment, everything is possible. Barbecuing is not allowed any more though.

The park has several hospitality pavilions and toilet facilities.

On the website I Amsterdam your find some general information about the Vondelpark.

The Vondel park is 2km long and counts more than 20 entrances. The Vondelpark is within walking distance of three reputable museums on the ‘Museumplein’, Rijksmuseum, the Stedelijk Museum and Van Gogh Museum.

By car you can park at Q-park garage beneath the ‘Museumplein’.

Combination Tips for a Day Out:

Combine your visit to the Vondelpark in Amsterdam with a visit to one of the three museums on the Museumplein. Or you can visit Park Clingendael in The Hague. If you are visiting in May or October you can also visit the Japanese Garden within Park Clingendael. 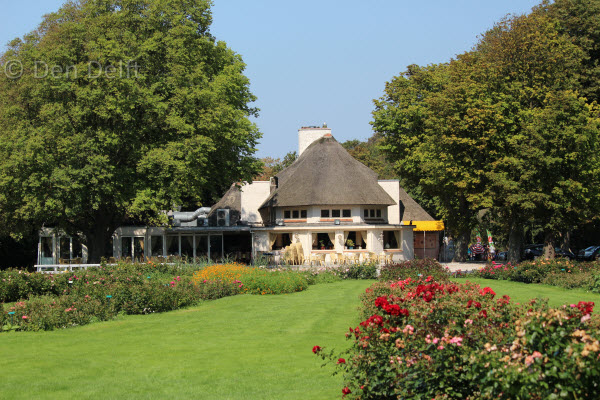 Westbroekpark & Rose Garden Then Hague: A nice day out for the whole family

Westbroekpark & Rose Garden The Hague has been designated a protected cityscape in The Hague. The park, covering 18 hectares, has landscaped flower beds with

Famous city park in the Netherlands The Vondelpark, just outside the canals in the hart of Amsterdam. dates from 1865 and covers 470,000 m2 of 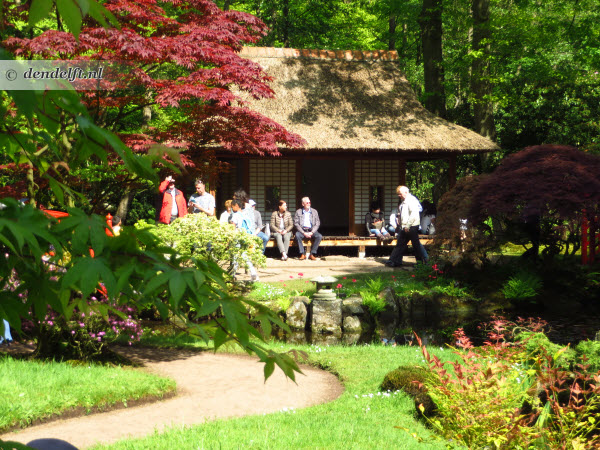 Japanese Garden Clingendael (日本庭園) is located on the Clingendael Estate, between The Hague and Wassenaar. The garden dates back to about 1910. It is one 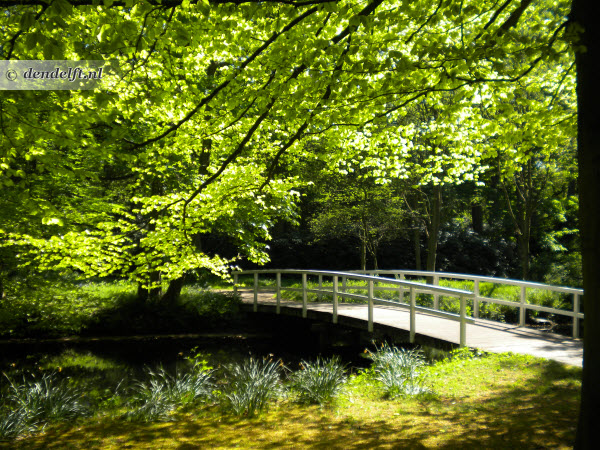 Park Clingendael in The Hague: Impressive and Beautiful

A visit to the Japanese Garden can be nicely combined with the adjacent Park Clingendael. This expansive park offers extensive opportunities for walking and picnicking.